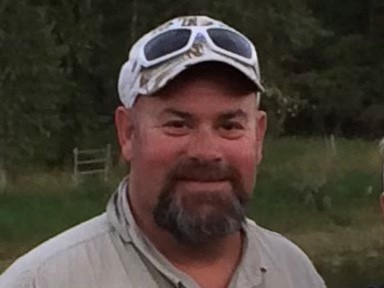 Doug McMillin, age 56, of Emory, was born on July 26, 1964 to Terry Wilton McMillin and Susan Lydia Spell McMillin in Sulphur, Louisiana.  He passed peacefully at his home on June 19, 2021.  Doug married his wife Lynn on July 20, 2012 at the Trinchera Ranch in Garland, Colorado.

Doug was an avid fisherman, duck and deer hunter.  His passion was seeing his four labs Anna, Coal, Deke, and Trixie participate in AKC Hunt Tests.  He was an excellent cook and he and his wife enjoyed having his friends and family over for gatherings.  If you were Doug’s friend, he considered you family and there was nothing he wouldn’t do for you.  He has left behind a legacy of kindness and generosity.

He is preceded in death by his father and grandparents.

A celebration of life will follow at a later date.

In lieu of flowers or a memorial, Doug would want you to call your local elementary school and pay off a child’s lunch bill that was in arrears.

To order memorial trees or send flowers to the family in memory of Doug McMillin, please visit our flower store.

Services are to be announced