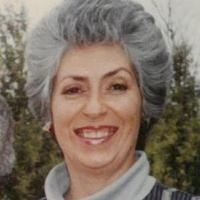 Donna Sue McLeod, age 81, of Savannah, Texas, passed away on Tuesday, November 19, 2019 at Medical City Frisco. Donna was born on May 21, 1938, in Ashland, Kentucky, to the parentage of Clarence Oliver and Anna Louise Jackson Miller. She married David V. McLeod in Dallas on May 19, 1957, and together they had four children. During her working career she worked in office administration as an accounts payable clerk.Donna so enjoyed having her family together and playing with the grandchildren and great-grandchildren.

To order memorial trees or send flowers to the family in memory of Donna McLeod, please visit our flower store.