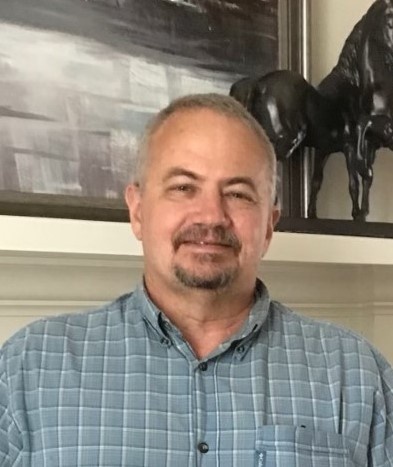 David Glen Shackelford was born on February 12, 1961 to Billy Fred Shackelford and Paula Lou (Burtin) Shackelford. He died in the early hours of August 28, 2021. His family has peace in the knowledge that he is with his Lord and Savior.

David grew up surrounded by a loving family who strongly influenced the trajectory of his life and the way he cared for and loved his wife, Donna Gayle Shelby, who he married April 19, 1997, and the two children that soon followed, Paul David and Hannah Gayle. David was a skilled toolmaker and engineer, who cherished his work and the satisfaction of his customers. He loved nature and watching the world move by, as well as watching the people around him and making witty commentary on human nature.

In lieu of flowers, the family would like memorial donations to be made to a missions organization of your choice.

To order memorial trees or send flowers to the family in memory of David Shackelford, please visit our flower store.