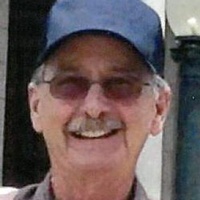 Memorial service for David Gary Selvey, age 65, of Emory, will be conducted Saturday, Dec. 13, 2014, 12:00 pm, at Wilson-Orwosky Funeral
Home Chapel. Interment will follow at Seymore Cemetery, near Yantis.
He died Tuesday, Dec. 2, 2014 at his residence.
He was born March 26, 1949, in Little Rock, AR, to Harold D. and
Mary Maxine McShane Selvey.
Mr. Selvey honored his country by serving in the U.S. Army during the Vietnam War. Representing the U.S. Army, the Patriot Guard Riders will lead the procession from the funeral home to the cemetery.
Also, taps will be played and the flags will be folded and presented to his daughters.
He is survived by:
2 daughters: Rae Selvey of Portland, OR; and Erin Selvey Wilemon (Geane) of Sulphur Springs
2 Brothers: Gregory Bell (Deborah) of Garland and Robert Bell (Vesna) of Ft. Worth
Granddaughters: Elizabeth Selvey, and Cara Lynn Wilemon
Preceded in death by: parents; and 2 brothers, Travis Selvey and Donald Selvey

To order memorial trees or send flowers to the family in memory of David Selvey, please visit our flower store.