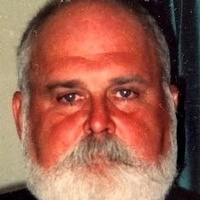 He was born April 18, 1952, at Florence Nightingale Maternity Hospital in Dallas...which was affiliated

with Baylor Hospital back then.

His parents were M.E. (Jelly) and Margaret Buie Edgar.

Dana worked in several different jobs, during his working years, however, toward the end of his working

years, he was self-employed working in the agriculture equipment repair business.

He was a former member of a group who loved re-enacting stories or tales of the Old Wild West. They were known as

SASS....standing for Single Action Shooters Society. The ones in the group donned clothes that were replicas

of the clothes the men wore in those days. They fired rifles that were exact replicas of the ones used during that era.

This group would go to county fairs, or Historical Days, and present a tale, or story, from the Wild West Days.

Wherever they were invited... SASS would go and act out the story or tale for onlookers.

Dana was a member of Emory Church of Christ.

He was a talker, as in, he never met a stranger! This is why people thought so much of him.

He will be missed by many.

Sisters: Lisa Edgar Holman and husband Steve of Emory; and,

Preceded in death by his Parents; and a Brother, Gary Don Edgar in 1976

Visitation will start at 1:00 pm

Visitation will start at 1:00 pm

To order memorial trees or send flowers to the family in memory of Dana Edgar, please visit our flower store.