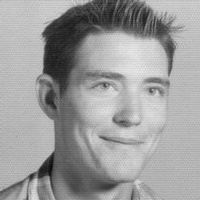 Funeral service is scheduled for Tuesday, January 5, 2016, at 10:00 AM, at First Baptist Church of Point, with Bro. Zachary Honzell officiating. Visitation will be held Monday evening, January 4, 2016, 6:00-8:00 PM, at Wilson-Orwosky Funeral Home Chapel. Interment will be in Hooker Cemetery.

C.B. was born on December 30, 1944, in Point, to Cothurn William and Frances Ruth Williams Ainsworth. He married Patricia Irene Box in Point on July 6, 1963, she preceded him in death in 2012. He worked many different jobs for the City of Point and for Rains County. He was a member First Baptist Church in Point and also of Point Volunteer Fire Department.

To order memorial trees or send flowers to the family in memory of Cothurn Ainsworth, please visit our flower store.