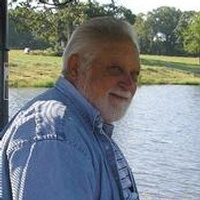 Clyde was born in Dallas on January 20, 1940 to Clyde Fontaine and Beverly Beatrice Ruff Riley, II. He married Margaret Cason at their home in Emory on Apri 1, 2003.

Preceded in death by his parents.

To order memorial trees or send flowers to the family in memory of Clyde Riley II, please visit our flower store.