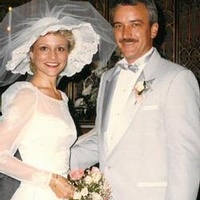 John Christopher Hathcox, age 68, passed away on Thursday,
Dec. 28,2017 in Canton, at Canton Healthcare Center.
He was born Nov. 27, 1949, in Dallas to the parentage of
Raymond and Inez Hathcox.
He married Lisa Maria Sorebo in in Dallas on June 29, 1985.
During most of his working years, Chris worked as a rural mail carrier.
Survivors include:
Wife: Lisa Hathcox of Emory;
Daughter: Ada Thomas (Gary) of Lakewood, CO;
3 Sisters: Ellen, Carol, and Susan;
Grandchildren: Fiona, Esme, and Reighn

To order memorial trees or send flowers to the family in memory of Chris Hathcox, please visit our flower store.