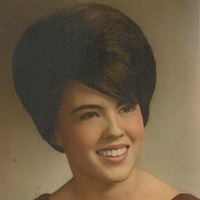 Charlotte Dell Mitchell, age 71, of Emory, passed away, March 13, 2019 at her home. She was born on September 12, 1947, to the parentage of Cody and Neva Dell Hunter Preston at Waxahachie. She married Billy Clinton Mitchell on August 7, 1965 in Emory. She was a past president of the Women's Service Club of Emory. She was of the Baptist faith. Charlotte was a devoted homemaker for her husband, son, and grandchildren. Survivors include; son, Jeffrey Preston Mitchell of Emory; granddaughter, Lacee Nicole Mitchell of Ben Wheeler; grandson, Dalton "Bubba" Mitchell of Grand Saline; sister, Bobbie Watson Cross and husband David of Pennsville, New Jersey; great-grandchildren, Joshua; Jermiya; Jaedyn; Camree, and Daemon; many nieces and nephews. She was preceded in death by her parents; her husband, Billy Clinton Mitchell in 2005; brothers, William Cody Preston and Forrest Hunter Preston

To order memorial trees or send flowers to the family in memory of Charlotte Mitchell, please visit our flower store.