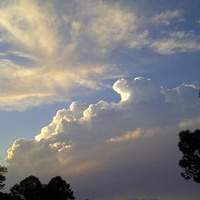 Charles "Chuck" Dunlap, age 61, of Yantis, passed away Tuesday morning, July 5, 2016 at his home.
He was born Dec. 19, 1954, in Dallas, to Charles Harry and Vera Mae Jackson Dunlap.
He married Marcy Lorraine Smith in Irving on May 24, 1985.
Chuck was a machinist by trade.
He loved the outdoors...and working on his property.
"He worked to Live" was his motto.
He was a Christian and attended White Oak Baptist Church.
Survivors include:
Wife: Marcy Dunlap of Yantis;
Son: Charles David Dunlap (Marla) of Kingwood;
Daughters: Cristy Lee Buck (Mike) of Fayetteville, TN;
and, Jeanette Vallejo (Steven) of Rhome;
Brother: Bill Bob Dunlap (Betty) of Holly Lake;
Sister: Judy Williams (Ronnie) of Midlothian;
Numerous other loving family and friends;
He was preceded in death by: Parents, and, Brother

To order memorial trees or send flowers to the family in memory of Charles Dunlap, please visit our flower store.