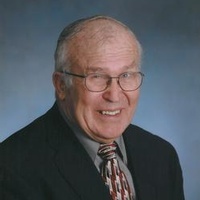 Funeral service is scheduled for Sunday, July 5, 2015, at 3:00 PM, at the Emory Baptist Church. Visitation will be 1 hour prior to the service at 2:00 PM, at the church. Bro. Robert Burns and Rev. Richard Piles will officiate. Interment will follow in the Emory City Cemetery, with full military honors and an escort by the Patriot Guard Riders.

Charles was born on September 26, 1929, in Granbury, TX, to George Lynn and Mattie Eden Barton, Sr. After being drafted into the U.S. Army, he proudly served his country as Corporal during the Korean Conflict. He was honored by receiving a Bronze Star for Bravery and The Purple Heart, among other awards. He was a member of the Korean Veterans Association, the Purple Heart Association, and the VFW. He married Beverly Ann Collum in Shawnee, OK, on March 23, 1955. He retired, after 32 years, from Contel Telephone. He was a member of Emory Baptist Church.

Memorial donations may be made to the Emory Baptist Church Building Fund.

Please sign the guestbook at the link above for the family.

To order memorial trees or send flowers to the family in memory of Charles Barton, please visit our flower store.