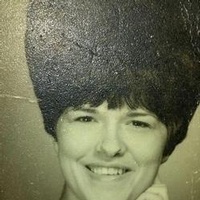 Carolyn Gail Jackson, 68, of Point passed away Saturday, March 1, 2014 at the Legend Healthcare & Rehabilitation - Greenville. Visitation will be Tuesday evening March 4, 2014, 6-8 pm at the Wilson-Orwosky Funeral Home Chapel in Emory. Cremation arrangements under the direction of Wilson-Orwosky Funeral Home. Online guestbook may be signed at www.wilsonorwoskyfuneralhome.com.

Preceded by her parents; and 1 Sister - Helen Frances Northcutt.

To order memorial trees or send flowers to the family in memory of Carolyn Jackson, please visit our flower store.