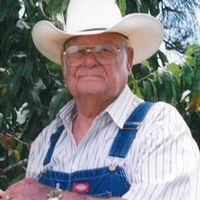 Funeral service for Burl Leon Pruitt, 86, of Yantis will be held Thursday, 10:00 am, Jan. 29, 2015, at Freedom Church of God.
Visitation will be at 9:00 am, one hour prior to service time.
Bro. David Hamm will officiate. Burial will be on Friday at DFW National Cemetery at 11:15 am.
Mr. Pruitt died Saturday, Jan. 24, 2015 at his residence.
He worked for, and retired from DFW Airport, as an electrical maintenance supervisor of the airport.
He was born July 14, 1928, in Tree City, Louisiana, to John Allen and Nora Paraelie Hatfield Pruitt.
He served his country aboard the USS Forrestal for a period of 4 years, in 1967, in his second enlistment. During his first enlistment of duty, he served Sea Duty and received a National Defense Service Medal and the Viet Nam Service Medal. During his
second enlistment, he received the China Service Medal.
Later he married Tannie Castillo in Plano, on May 21, 1988.
Survivors include:
Wife: Tannie Castillo of Yantis; Sons: Burl Pruitt, Jr. of Winnsboro; Mark Ulibarri of Ft. Worth;
Daughters: Beverly Mercer of Lipan; Janyce Stone of Albuquerque, NM;
Bridgett Armistead of Liberty, MO; and Bianca Cox of Plano
Sister: Minnie Denney
Grandchildren: 14; Great-grandchildren: 18
Numerous other loving family and friends
Preceded by: parents; 1 son, Byron Richard "Poncho" Pruitt; 7 brothers and sisters

To order memorial trees or send flowers to the family in memory of Burl Pruitt, please visit our flower store.