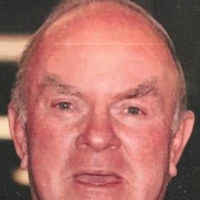 Funeral service for Bobby L. Smith, age 85, of Point, will be held
11:00 am, Friday morning, at Wilson-Orwosky Funeral Home Chapel.
Bro. Robert Burns will officiate. Burial will follow in Lone Star
Cemetery. Visitation will be one hour prior to service time at 10:00 am.
Mr. Smith passed away at his home in the early hours of the morning Tuesday, Dec. 13, 2016.
Mr. Smith was born August 27, 1931, in Dallas, to James Herbert and Monta Dillard Smith.
He served his country during the Korean War in the Marine Corp.
He married Patsy Lorraine Loflin, in Dallas, on Aug. 26, 1955.
Mr. Smith worked most of his working career as a tool designer with an oil well equipment company. Most of those years were with
Otis Engineering Company.
He was a member of the United Methodist Church.
Survivors include: Wife; Daughters, Karen Johnson of Point; and
Sherrille Delaine Snyder, and husband, Jimmy, of The Colony;
Daughter-in-law, Gloria Smith of Emory;
Grandchildren: Christy Barnes, Casey Tiller, Kimberly Barnett,
Jimmy Snyder, II, Katherine Burrow, and Jennifer Minney;
Great-grandchildren: Matthew, Madison, Lauren, Bailey, Cash, Brendan, Jimmy, III, Kaleigh, Christopher, Gareth, Timothy, and Tyler;
Great-great-granddaughter: Brynli;
Numerous other loving family and friends
Preceded in death by: Parents; Son, Monty Gene Smith; 5 Brothers, and 1 Sister

Visitation will be at 10:00 am....one hour prior to the service at the funeral home chapel.

Visitation will be at 10:00 am....one hour prior to the service at the funeral home chapel.

To order memorial trees or send flowers to the family in memory of Bobby Smith, please visit our flower store.