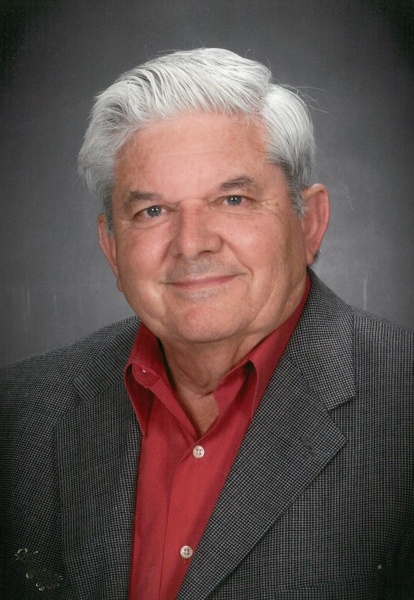 Funeral service for Bobby Lee Medders, age 81, of Emory, will be held at 2:00 p.m. Monday, November 23, 2020 at Emory Baptist Church. Interment will follow with military honors at Clifton Cemetery. Visitation will be held one hour prior to the service at the church.

Bobby Lee Medders was born on February 14, 1939 in the Daughtery community to James Walter and Lois Garrett Medders, the 5th of six children. He started to school in Miller Grove, attended seventh grade in Dallas, and returned to finish his education in Emory. He graduated in 1958. While in high school, he worked for Frank Alexander Groc and the Rains County Leader. After graduation, he went to work for the Texas Highway Department, rising to Chief Inspector. November 7, 1961, Bobby was drafted into the U.S. Army into the 2nd Armored Calvary Squadron. After basic training, Private Medders was assigned to Bamburg, Germany during the Cold War, years 1961-1963 as a tank driver with additional duties as a border guard on the eastern front between Germany and Czech. Border guard duty on the outpost in the freezing that his water canteen would freeze. He received his Army Honorable discharge in 1963, returned home and served in the Army Reserves for six years. Awards include National Defense Medal, Rifle M-1, Marksman (BAR), Marksman 30 cal., and the Good Conduct Medal. In 1966, he went to work for Texas Instruments in Dallas, to him, the job of a lifetime. He worked in the space program as long as TI was involved in space exploration. He worked on many projects (eleven total) including MARINER MARS and VIKING. He never lost his love for space exploration. Later, he transferred to Government Products and was a faithful and loyal employee. He retired in 1996 after 30 plus years. He made numerous friends along the way.

He married Sue Sisk on June 21, 1967 at a country church pastored by Robert Renfro, Former pastor of Emory Baptist Church. Together they had three children, Melanie, Mistie, and Ryan. They lived in Garland for 35 years and moved back to Emory in 2004. He loved fishing, camping, gardening, and working with his cows. Bobby was a 59 year member of Shiloh Masonic Lodge in Lone Oak and a member of Lake Fork Baptist Church.

He is survived by his wife, Sue, of 53 plus years; children, Melanie Medders, Mistie Roberson and husband, Cody, and Ryan Medders; grandchildren, Hunter Makenzie, Peyton, Ty, Samantha, Jasmine, Katelyn, Hannah, and Skylar; sisters, June Patterson, Altie Wolf, and JoAnn Prather; and a host of other relatives and friends.

He was preceded in death by his parents; brother, Billy Medders; sister, Joy Terry; and brothers-in-law, A.H. Terry, Zane Prather, and Preston Wolf.

To order memorial trees or send flowers to the family in memory of Bobby Medders, please visit our flower store.