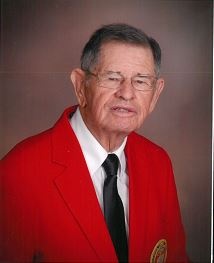 He married Carolyn Speed in 1957 in Cumby, Texas. He served in the USMC from January 16, 1951, to January 7, 1954, and in the USMCR from December 1, 1954, to December 1, 1957.  Bill served in Korea from March until November 1953.  He was present when the peace treaty was signed and witnessed the exchange of prisoners-of-war at Panmunjon, Korea. Bill received the Good Conduct medal, Korean Service medal W2, National Defense medal, and United Nations Service medal.  While in the reserves, was promoted to Staff Sergeant.  When he returned home, he enrolled in college at Commerce.  Met Carolyn in Summer of 1956.  Bill graduated with a Bachelor of Science degree in January 1957.  He went on to earn his Master Degree and Counseling Certificate.  His teaching career lasted 27 years, of which the last 14 years was spent as a counselor in the Rains ISD.  Later had a full career as a social worker for home health and hospice.  He loved to travel and traveled all 50 states and three out of the USA.

He is preceded in death by his parents; son, Danny Beasley, and 8 brothers and sisters.

Arrangements under the directions of Wilson-Orwosky Funeral Home.  Obituary and guestbook at www.wilsonorwoskyfuneralhome.com

To order memorial trees or send flowers to the family in memory of Bill Beasley, please visit our flower store.