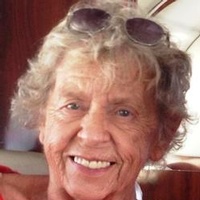 Funeral service for Bettye Jane Culberson will be held 10:00 AM on Tuesday, December 8, 2015, at First United Methodist Church of Emory, with Rev. David Diller and Katrina Culberson officiating. Interment will follow in Dougherty Cemetery. Visitation will be held on Monday night, December 7, 2015 from 6:00-8:00 PM at Wilson-Orwosky Funeral Home Chapel.

Bettye Jane Culberson, age 79, of Emory, passed away Friday, December 4, 2015 at U.T. Southwestern in Dallas. Bettye was born on December 3, 1936, in Emory to P.R. "Skeet" and Gladys Jones Braziel. She married Larry J. Culberson on June 9, 1953 at Emory United Methodist Church. He preceded her in death in February 2002.

During her working career she was the vice president of Culberson T.V.

She is survived by multiple loving family; grandchildren and great-grandchildren; and numerous loving friends.

To order memorial trees or send flowers to the family in memory of Bettye Culberson, please visit our flower store.