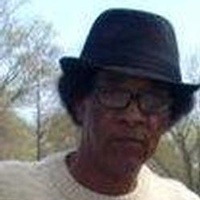 Ben McGill, age 61, of Como, passed away Thursday, June 30, 2016 in Mother Frances Hospital in Tyler.
Mr. McGill was born January 10, 1955, in Como, to Jim and Dorothy Ophelia Harris McGill. Mr. McGill was one of ten children. He attended school in Como, where he excelled in playing basketball. He met and married Sherry Jackson on December 19, 1974. This union was blessed with two beautiful daughters whom he adored from the minute they were born.
Ben loved to fish and did some hunting, because he just loved being outdoors. He always had a bountiful garden, when he was in good health, and he enjoyed sharing the bounty with others.
Ben worked self employed in construction most of his life, and he also hauled many square bales of hay.
Ben loved his family and always had fun when everyone came over for a family gathering...kids, grandkids, cousins, etc...everyone together always made him happy.

A Memorial service to celebrate the life of Ben McGill will be held at the Wilson-Orwosky Funeral Home Chapel in Emory at 11:00 AM, on Tuesday, July 5, 2016.

In lieu of flowers the family requests, and would greatly appreciate, that donations be made to the following link: https://funds.gofundme.com/dashboard/2c9ejw4/share/menu

To order memorial trees or send flowers to the family in memory of Ben McGill, please visit our flower store.