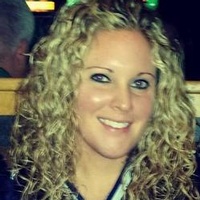 Amber K. McCulloch McClure, 31, of Emory died Sunday, March 9, 2014. Funeral service will be held on Friday, March 14, 2:00 PM, at the Believers' Baptist Church in Emory. Burial will be in the Caney Cemetery in Hunt County. Visitation will be Thursday, March 13, 6:00-8:00 PM, at the Wilson-Orwosky Funeral Home in Emory. Online guestbook at www.wilsonorwoskyfuneralhome.com.

Amber was born in Dallas, Texas on October 6, 1982, to Richard Keith and Kathy Lynn Richardson McCulloch. She grew up in Mesquite and played soccer on several teams including the Hornets and Texas Rose. She played volleyball at McDonald Middle School and soccer at North Mesquite High School where she graduated in 2001.

After graduating, Amber worked at several daycares and then studied massage therapy. She became a licensed therapist in 2003 and worked at Kneading to Relax in Rockwall. She had many regular clients and was liked by all. She attended the required continuing education classes to keep her license current.

On July 27, 2003, Tyson Alexander Mireles was born to Amber McCulloch and Alex Mireles. He was the apple of her eye.

She met the love of her life, Shane McClure, in 2007. They were married January 1, 2008. To this union was born two precious, little angel daughters, Carmella K., on May 14, 2008, and Trinity O., on September 8, 2010. They were the light of her life. Amber also had three stepdaughters, Mackenzie, Ashlie, and Allison McClure. Amber's family was the most important part of her life.

Amber and Shane were members of Believers' Baptist Church in Emory and she was baptized in August 2013. She remained very active in the church and became a member of the P31 (Proverbs 31) Fitness Group where she shared a passion for the ministry and working out with her fellow church members.

Amber was a beautiful person inside and out. She will be desperately missed by her husband, children, parents, brother, grandparents, other family members, and all of those who knew her. And we know that for those who love God all things work together for good, for those who are called according to his purpose. Romans 8:28

Survivors include: her husband: Shane McClure; a son: Tyson Alexander Mireles of Emory; daughters: Carmella K. McClure and Trinity O. McClure of Emory and Mackenzie McClure of Quinlan, and Ashlie McClure and Allison McClure of Carlisle, PA; her mother: Kathy Richardson McCulloch (Tommy Poole) of Garland; her father: Richard McCulloch (Jill) of Forney; a brother: Brandon McCulloch (Melissa) of Fate; niece and nephews Bailey, Drake and Caden McCulloch; half brothers: Mitchell and Bo McCulloch; grandparents: Gordon and Barbara Richardson of Mesquite; in-laws: Jason and Cynthia Pitts and Mike and Sondra McClure, all of Greenville; and numerous other loving family and friends. Preceded by her grandparents: Jerry and Linda McCulloch.

To order memorial trees or send flowers to the family in memory of Amber McClure, please visit our flower store.