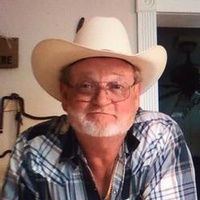 Allen Wayne Jefferson, age 60, of Emory, passed away Saturday, February 13, 2016, at his home. Funeral service is scheduled for Wednesday, 11:00 AM, February 17, 2016, at the Wilson-Orwosky Funeral Home Chapel in Emory. Interment will follow at Lynch Cemetery in East Tawakoni. Allen's sister Anita Conley will officiate.

Allen was born on October 26, 1955, in Greenville, to Gerald Wayne and Mary Alice Parker Jefferson. He married Debbie Ann Dabbs in Ben Wheeler on July 1, 2006. He was self employed all his life as a contractor and an entrepreneur. He was of the Baptist faith. He loved his horses and he was a true cowboy. Allen was a 32nd degree Mason and also was a Shriner and a member of Hella Temple Lodge in Garland.

Please sign the online guestbook, at the link above, for the family. Thank you.

To order memorial trees or send flowers to the family in memory of Allen Jefferson, please visit our flower store.