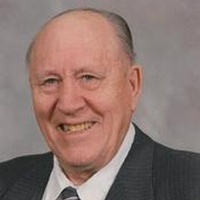 Mr. Schmidt passed away Tuesday, October 1, at the Dallas Regional Medical Center in Mesquite. He was born April 13, 1922 in Cumby to Paul William and Lillian Rebecca Lennon Schmidt. He married Emogene Fear in San Antonio in 1946. He served his country during WWII in the US Army from 1941-1945 and also in the US Air Force from 1947-1949. During his working career he was an in-state truck driver for Safeway. He was a member of the Teamsters Union.


Arrangements are under the direction of Wilson Orwosky Funeral Home.

To order memorial trees or send flowers to the family in memory of Adolph Schmidt, please visit our flower store.