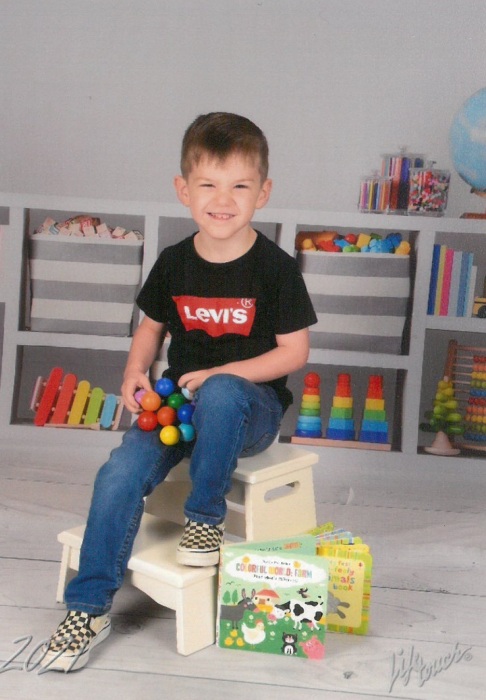 Funeral service for Michael Easton Soto, age 4, of Emory, will be held at 2:00 p.m. Wednesday, June 16, 2021, at Point Church of Christ with Brother Richard Kellam officiating. Interment will follow at 4:30 pm at Friendship Cemetery with Bryce Holcomb, Joshua Morgan, Adrain Ramos and John Ramos serving as pallbearers. Honorary pallbearers are Jake Hooten, Andy Soto and Angel Soto.  Visitation will be at Wilson-Orwosky Funeral Home Chapel on Tuesday, June 15, 2021, from 6-8pm.

Easton was born on April 26, 2017, to Michael Soto and Amber Morgan in Sulphur Springs, Texas.  He passed away on June 11, 2021, in Dallas at Children's Medical Center. He loved Toy Story, playing with dinosaurs and playing outside.

To order memorial trees or send flowers to the family in memory of Michael Easton Soto, please visit our flower store.